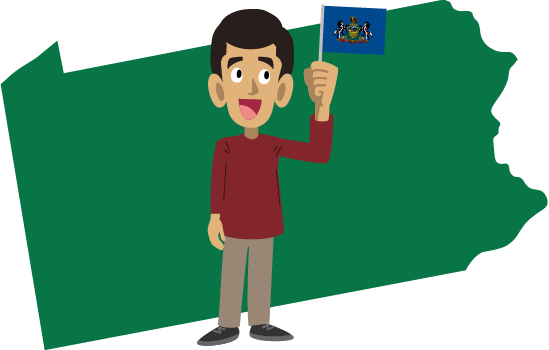 Why is Pennsylvania called the Keystone State? What is Pennsylvania’s capital? Who was the only U.S. President from Pennsylvania? These are just some of the questions we will answer in our homeschool unit study supplement highlighting Pennsylvania.

In this study, we’re exploring another of the original 13 colonies, Pennsylvania, including historical facts about Pennsylvania, plenty of info about the state’s geography, and even some fun things for children to do in the state. You’ll also enjoy our collection of online Pennsylvania learning games which will challenge your homeschoolers to test what they’ve learned via interactive play.

As part of Time4Learning’s full series of United States unit study supplements, this particular state study can be used as part of your geography and/or history lessons, or just a neat supplement to your regular schedule. You can also download our list of PreK-12 interactive activities that align with your study of interesting facts about Pennsylvania. Are you ready to learn more about this state with such a rich history? Then let’s get studying!

The area now known as Pennsylvania was originally home to many different native peoples including the Seneca tribe, the Lenape, and the Susquehannock. The first European known to explore the region was French explorer Etienne Brule who explored the Great Lakes between 1612 and 1615. Eventually, though, the area became one of the original thirteen colonies. Let’s look at some of the most interesting facts about the Pennsylvania colony for children.

Pennsylvania played a critical part in the American Revolution, as well. The First and Second Continental Congress meetings were both held in Philadelphia, and the Declaration of Independence was drawn up and signed there. The Articles of Confederation that designated the thirteen colonies as an independent nation was drafted in York, Pennsylvania. Even our country’s constitution was written in Pennsylvania! Pennsylvania became a state when it ratified the constitution in 1787, making it the second state to join the Union. That certainly wasn’t the end of Pennsylvania’s history, however. Here are some more interesting Pennsylvania state facts.

Now that we’ve looked at some of the most interesting insights into Pennsylvania’s history, let’s turn our attention to the environment of the state. Explore a map of the state and then print out our map of Pennsylvania to markup with your child. Here’s a small survey of some of the things your homeschoolers will find fascinating about Pennsylvania’s geography.

Download our FREE Pennsylvania state map printable. Use it as a coloring page or use it to plot the state’s geographical features.

Activities for Children in Pennsylvania

If you homeschool in the state of Pennsylvania, you may or may not be aware of all the great day trips that will offer your families opportunities for both recreation and learning. If you are visiting the state, this list will be especially helpful as well. Enhance your Pennsylvania unit study with these field trip ideas.

Boost your child’s online learning experience by checking out these available resources to assess your child’s knowledge about Pennsylvania and learn even more about the Keystone State.. 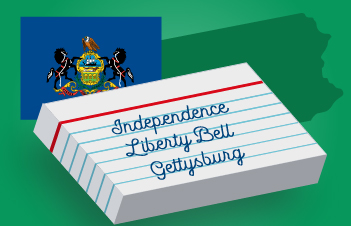 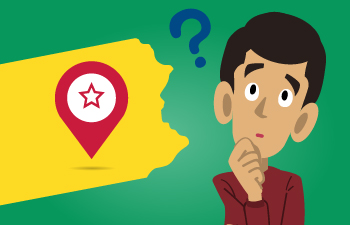 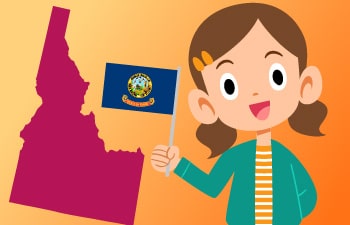