Each Fourth of July, our nation celebrates independence from Great Britain. Did you know our nation has a second holiday dedicated to freedom? Juneteenth is a day designated to honor and commemorate the end of slavery in the United States. On June 19, 1865, federal troops finally reached one of the deepest parts of the former Confederacy located in Galveston, Texas where they enforced the law proclaiming all enslaved people were freed. In 1938, by proclamation, and later in 1979 through legislation, Texas became the first to designate Juneteenth as a state holiday with other states joining in over time.

While June 19th is the oldest and longest-running African American holiday, and long ago earned its place in U.S. history, it didn’t become an official federal holiday until June 17, 2021. This date is now recognized as a significant milestone in American history, offering an opportunity for all citizens to reflect on our nation’s past, celebrate this vital step forward, and look to the future.

Why is it called Juneteenth? The name became an abbreviated version of the month (June) and date (nineteenth). It is also known as Jubilee Day, Emancipation Day, and Freedom Day. Learn more about our nation’s newest federal holiday as you plan your family’s Juneteenth celebration!

The History of Juneteenth

President Abraham Lincoln issued the Emancipation Proclamation on January 1, 1863, declaring all slaves being held in states rebelling against the Union, “shall be then, thenceforward, and forever free.” Since this targeted those states of the Confederacy, the actual enforcement did not progress until the Union Army advanced and gained control of each area – one by one.

Due to its somewhat isolated location from the rest of the Confederacy, Texas did not get a lot of attention from Union troops during the Civil War. Because of this, more slave owners moved to the area. By 1865 the estimated population of enslaved people in the Lone Star State grew to 250,000.

After the fall of New Orleans, Galveston, Texas served as a vital Confederate supply port on the Gulf of Mexico until the Union Army secured control of the Mississippi River, cutting Texas off from the rest of the Confederacy. Its role quickly diminished for the war effort, but the area continued to experience growth in imports, exports, and immigration. Those enslaved played an invaluable part in this expansion.

On June 19, 1865, U. S. Major General Gordan Granger and his men arrived in Galveston. It was almost two-and-a-half years after the Emancipation Proclamation was signed, and over two months after the official end of the Civil War. Major General Granger read the following General Order No. 3 which states in part:

“The people of Texas are informed that, in accordance with a proclamation from the Executive of the United States, all slaves are free. This involves an absolute equality of personal rights and rights of property between former masters and slaves, and the connection heretofore existing between them becomes that between employer and hired labor.”

As word quickly spread, the newly freed men and women launched jubilant celebrations. The first Juneteenth was born. Later that year, the 13th Amendment was added to the Constitution formally abolishing slavery in the United States.

The Juneteenth Colors and Flag

The original Juneteenth flag was designed in 1997 by Ben Haith, activist, and founder of the National Juneteenth Celebration. It was revised and patented in its present form in 2000.

The Juneteenth Flag is rich in symbolism. The choice of red, white, and blue signifies the tie to the U.S. flag – showcasing equal freedoms allowed to all Americans, including those formerly enslaved and their descendants. The placement of the colors is also significant. The blue above represents a new, rising horizon for Black Americans. The red below is symbolic of a foundation soaked in the blood, sweat, and sacrifice of slaves for generations. The star at the center is a nod to the Lone Star state, home of the first Juneteenth celebration, and also represents the spread of freedom for Black Americans in all 50 states. The larger starburst represents the expanding new beginnings for the formerly enslaved. The arch showcases rising opportunities for those freed from bondage and oppression of slavery.

The Juneteenth flag was created specifically for this holiday. The red, black, and green Pan-African flag created in 1920 to represent the African Diaspora may also be displayed at Juneteenth celebrations.

How to Celebrate Juneteenth

For many African American families, Juneteenth celebrations have long been a part of their traditions. Outdoor gatherings with family, friends, and communities for barbecues, concerts, parades, contests, and rodeos are often a part of the festivities. Here are some Juneteenth activities that you can enjoy with your family.

We hope you enjoyed our list. Above all, get involved! Use Juneteenth as a catalyst to make a positive impact on our nation. It can include something like volunteering to help a neighbor or cleaning up a local park, donating to a cause you believe in, or seeking ways to contribute to justice and equality issues. Encourage your kids to recognize that they can make a difference!

We would love to hear your family’s Juneteenth traditions! Please share in the comments. 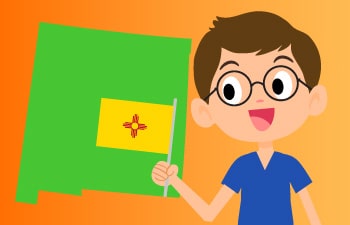