Time4Learning believes in the power of diversity as a way to unite our country as a whole. That’s why every February, we proudly celebrate Black History Month. It’s our way of recognizing the struggles and contributions of our nation’s African-American citizens

Why Was February Chosen for Black History Month?

On September 9th, 1915, Carter G. Woodson, an alumnus of the University of Chicago and a Harvard-trained historian, formed the Association for the Study of Negro Life and History (ASNLH). In 1925, he and the Association announced Negro History Week. The event was first celebrated in February 1926, a month that included the birthdays of both Abraham Lincoln and Frederick Douglass – two men who greatly influenced black history.

In 1976, during the nation’s bicentennial, the celebration was extended to a month. Since that historic moment, each American president has issued Black History Month proclamations. Today, February is active with Black History tributes at public schools, universities, museums, individual communities, and national level groups such as the Library of Congress, the National Archives and Records Administration, and the National Endowment for the Humanities, among others.

What is the Theme for Black History Month 2022?

The theme for 2022 focuses on the importance of Black Health and Wellness. The Association for the Study of African American Life and History (ASALH) states: “This theme acknowledges the legacy of not only Black scholars and medical practitioners in Western medicine, but also other ways of knowing (e.g., birthworkers, doulas, midwives, naturopaths, herbalists, etc.) throughout the African Diaspora.” Black Health and Wellness also goes beyond just the physical health of black people, it also focuses on their emotional and mental health.

This year’s theme is a great opportunity to teach your children about physical and mental health wellbeing– a topic that has been trending, especially during the pandemic.

People Who Have Impacted Black History

Most people have studied and reviewed the remarkable achievements of Martin Luther King, Jr., Harriet Tubman, Mae Jemison, Barack Obama, Muhammad Ali, and other prominent black figures who deserve our nation’s praise. Yet there are so many more throughout history who we often don’t hear about.. Below are just a few.

Elijah McCoy:  McCoy secured over 50 patents in his lifetime. He invented everything from the locomotive lubricator to the lawn sprinkler. Interestingly, “the real McCoy” is a familiar phrase that means, “the real thing,” which is still used today.

Shirley Chisholm: Chisholm became the first Black woman elected to Congress. She represented New York’s 12th District from 1969 to 1983, and in 1972, she became the first woman to run for the presidential nominee in the Democratic Party. Her prescient campaign slogan was: “Unbought and Unbossed”.

Dorothy Height: Height is known as the “godmother of the women’s movement.” She used her experience in education and social work to expand women’s rights. She was a trailblazer in the Young Women’s Christian Association (YWCA) and the president of the National Council of Negro Women (NCNW) for more than 40 years.

Robert Sengstacke Abbott: Abbott played a critical role in spreading the voice of Black people by founding the Chicago Defender weekly newspaper. Along with his vision, the newspaper played an important role in inspiring African-Americans to move away from the South for better economic opportunities.

Gwendolyn Brooks: Brooks was the first Black author to win the Pulitzer Prize in 1950. She also served as poetry consultant to the Library of Congress, becoming the first Black woman to hold that position. Her poems “reflected the political and social landscape of the 1960s, including the civil rights movement and the economic climate.”

There are many other unsung heroes throughout Black history. A quick Google search will help you and your children find additional individuals that you can celebrate. This research will provide a great opportunity for writing essays, presenting oral reports, and singling out subjects for a wide range of educational activities. Also, check out these ideas as you integrate Black History Month lessons into your homeschool schedule.

By honoring Black History Month, you are remembering those who came before us, and who fought and struggled for their freedom, their voice, and their rights as Americans. You are also teaching your children valuable lessons about culture, history, and the impact that various people from all walks of life have had on our nation. 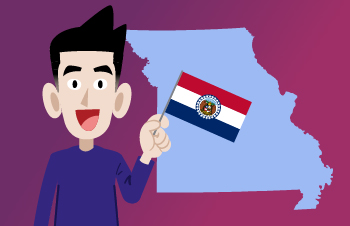 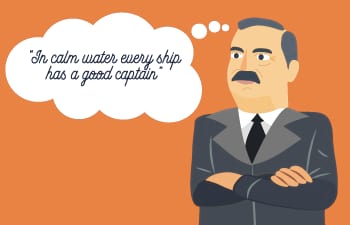