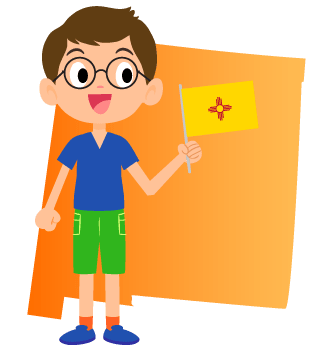 How did New Mexico get its name? Who lived in New Mexico first? And what is it known for? These and other questions are answered in our New Mexico unit study supplement, which includes interesting facts for kids, a history timeline about New Mexico, geography facts and more!

Time4Learning members can download our list of PreK-12 interactive activities that align with your study of New Mexico.  Here are some New Mexico facts for kids:

New Mexico got its name from the Spanish when they first explored the region. Hoping they would find the riches they had previously found in Mexico they called it “Nuevo (new) Mexico”, however, once under US rule the name was anglicized to what it is today.

New Mexico’s history began approximately 12,000 years ago when people from Russia crossed the Bering Strait during the last Ice Age. Later, the Native American tribes Apache, Navajo, Pueblo, and Zuni lived in New Mexico. The ruins of Pueblo can still be found throughout the state today.

Europeans arrived in 1540 from Spain, followed by years of exploration by friars and soldiers.  Finally, in 1595, contracts for colonization were given to Juan de Oñate of New Spain, and permanent settlements began.  Santa Fe, the current capital, was founded in 1610. Missionary work followed, but the Pueblo Indians resisted attempts to change their religion and culture.  They rebelled in 1680, pushing Europeans out of the region for 12 years. By 1700, Spain was able to begin establishing permanent settlements again, including that of Albuquerque, which became an important center for the northern part of the region.

Spanish settlers engaged in subsistence farming and began to raise sheep and horses, which allowed for trade with the Comanche.  The population increased to as much as 25,000 by 1800, but the region remained mostly underdeveloped. French traders arrived from New Orleans, but the Apache and Comanche attacked the settlements.  In 1806-07, the US army entered New Mexico under the leadership of Lieutenant Zebulon Montgomery Pike. Pike was captured and imprisoned but managed to write a report that brought American traders and fur trappers into the area.  Beginning in 1821, the Santa Fe Trail became an important route for trade.

The region became part of Mexico in 1821 when Mexico declared its independence from Spain, but the US was able to earn it as a territory by winning the Mexican-American War.  The Territory of New Mexico was established by the US Congress in 1850 with Santa Fe soon becoming its first and only capital. During the American Civil War (1861-1865), an invading Confederate force was driven out after a short stay in the region; however, most people from the southern part of the territory supported the rebels.

The next period brought violence and unrest.  After much fighting, Navajo tribes were forced to settle on a reservation near Fort Sumner in 1864.  Apache were forced onto two reservations in 1880 but continued rebelling until 1886, particularly in southwestern New Mexico.  Range wars were fought between cattle and sheep ranchers and landowners, and outlaws like Billy the Kid struggled with lawmakers.  The arrival of the railway brought new immigration, and farming increased with new resources and methods of irrigation. However, the region maintained its frontier image beyond the start of its statehood in 1912.

Use the New Mexico history timeline below to learn more facts and information about the state:

Santa Fe, the oldest capital city in the US, was founded

Spain had begun to establish permanent settlements in the area again

Mexico declared its independence from Spain, making the region part of Mexico

US won the Mexican-American War, earning New Mexico as a US territory

US Congress established the Territory of New Mexico

Santa Fe became the capital of the Territory of New Mexico

During the American Civil War, Santa Fe was occupied for two weeks by Confederate forces under General H.H. Sibley

Apache were forced onto a reservation near Fort Sumner

Apache were given a large reservation, located in northwestern New Mexico and Arizona

Bloodiest year of the range wars in Lincoln County, where Billy the Kid struggled with lawman Pat Garrett

End of the Apache rebellions

New Mexico became the 47th state in the US, under President Howard Taft, with Santa Fe as its capital

Now that your students have learned some interesting facts about New Mexico’s history, we can explore the state’s geography. New Mexico’s beautiful scenery is the reason for its nickname, the “Land of Enchantment.”  The state has a diverse terrain, ranging from forests to the Chihuahuan Desert to the Sangre de Cristo Mountains. Part of the Great Plains cover the eastern part of the state, consisting of a high plateau and deep canyons (including Carlsbad Caverns).  The Rocky Mountains (of which the Sangre de Cristo are part) are found in northern New Mexico while the central-southwestern part of New Mexico consists of flat deserts, mountain ridges, and white gypsum sand dunes.

Download our FREE New Mexico state map printable. Use it as a coloring page or use it to plot the state’s geographical features.

Activities for Children in New Mexico

There are still many more fun facts about New Mexico you can learn?  Take a trip to the “Land of Enchantment” to learn more interesting facts about New Mexico.  For Homeschoolers in New Mexico, this may be a simple day trip.  Others may have to plan a longer stay.  Here are a few ideas to help you learn some New Mexico state facts in a hands-on way:

New Mexico Freebies and Deals for Homeschoolers
You can also learn more New Mexico facts and information without breaking the bank.  In fact, some of New Mexico’s most scenic locations can be accessed for free if you do your research.  Here are just a few ideas:

After learning some interesting things about New Mexico, test your knowledge of New Mexico facts for students with these free games and activities: 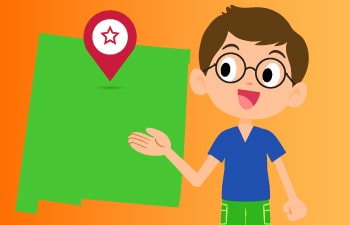 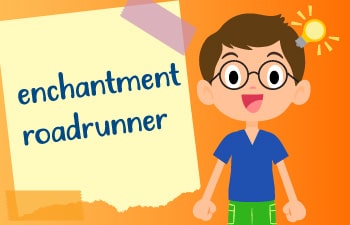 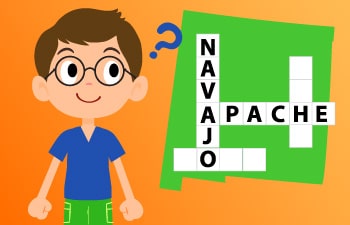 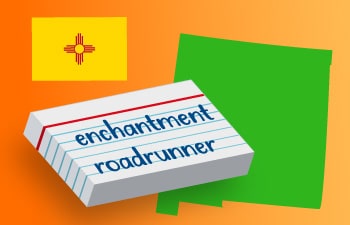