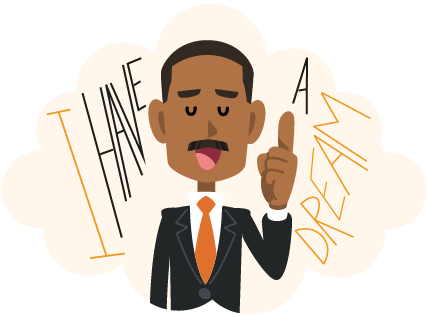 Martin Luther King, Jr. became one of the most well known leaders of the Civil Rights Movements in the 1950s and 60s. In this unit study kids will learn about various aspects of his life’s work, how he inspired others, and how he has and continues to be recognized today.

King was born on January 15 in Atlanta, GA.

Receives a Ph.D. from Boston University. The bus boycott in Montgomery, Alabama begins.

King is named president of the Southern Christian Leadership Conference, which focuses on advancing the rights of African Americans.

King delivers his “I Have a Dream” speech during the March on Washington at the Lincoln Memorial.

King is assassinated in Memphis, Tennessee.

Martin Luther King Jr. Day is celebrated for the first time in the U.S.

The Civil Rights Movement took place in the U.S. from 1954-1968. Because African Americans didn’t have the same rights as white citizens, the goal was to gain equality by ending segregation and discrimination. Civil rights activists fought and protested for equal opportunities in education, employment, housing, and the right to vote.

Martin Luther King, Jr’s involvement in the Civil Rights Movement began in 1955 with the Montgomery bus boycott in Alabama. On what would be a catalyst moment, Rosa Parks, a black woman, refused to give up her seat for a white passenger. This event prompted the head of the local National Association for the Advancement of Colored People (NAACP) to reach out to King to help lead the boycott of the bus system in Montgomery. The boycott lasted over a year, but finally, in December of 1956, after legal action against the city ordinance, Montgomery desegregated their bus system.

In the years that followed, King continued to peacefully deliver thousands of speeches and lectures, organize events, and urge the public to use nonviolent methods when protesting. Activists took part in boycotts, marches, and sit-ins, a form of protest in which African-Americans would sit in all-white areas at lunch counters and other facilities to protest racial segregation.

During this time period, King and thousands of other activists were attacked and subjected to harassment, violence and intimidation. But they persisted despite the hate and ignorance they were met with.

A momentous event took place in August of 1963 when King delivered his “I Have a Dream” speech in front of over 200,000 Americans of all races at the Lincoln Memorial. Even today, excerpts of his speech continue to move people all over the world. One of the most notable is, “I have a dream that my four little children will one day live in a nation where they will not be judged by the color of their skin, but by the content of their character.”

The Martin Luther King Jr. story is much more than just dates and facts, of course. The message Dr. King shared and embodied has shaped the very culture of 20th and 21st century America and is as significant today as it ever was. Students will be much more engaged in the history of MLK, Jr, though, if they are able to connect his story with their own. Below you will find some multisensory learning activities, organized by grade level, to help your homeschoolers get even more out of this unit study.

When teaching about Martin Luther King Jr., it’s always a great idea to incorporate learning games and activities that will help students retain the information. The following resources offer even more interactive opportunities to learn about the leader and the history of the Civil Rights movement. 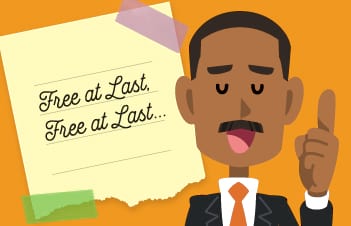 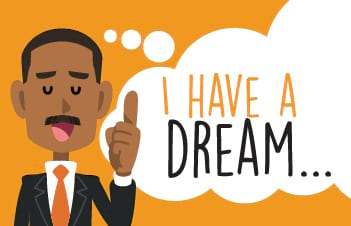 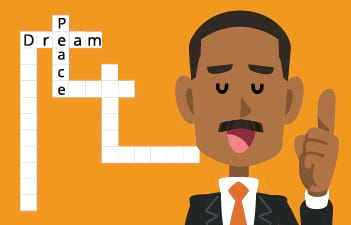 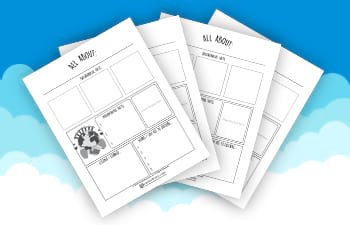 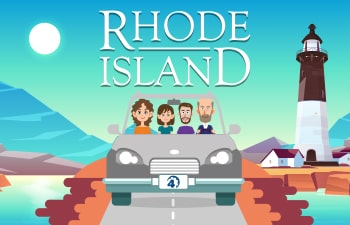 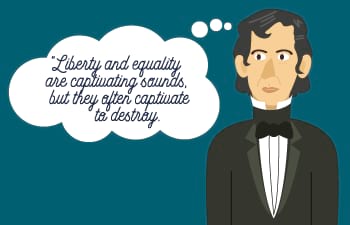