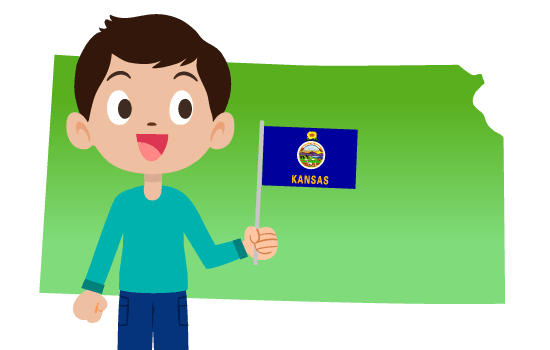 What is the state animal of Kansas? The buffalo is the official state animal! Learn more about Kansas’s state symbols, historical facts about Kansas, a Kansas history timeline, geography facts and more in this unit study supplement.

Did you know that two military posts, Fort Leavenworth and Fort Riley, are important training centers located in Kansas?  Did you also know that Kansas contains the geographic center of the continental US? A flag marks the spot in a pasture near Lebanon, close to the Nebraska border, and this spot serves as a reference point for all land surveyed in the US, Canada, and Mexico!

Keep reading to learn more interesting facts about Kansas. Time4Learning members can download our list of PreK-12 interactive activities that align with your study of Kansas.  Here are a few Kansas facts for kids:

Archaeologists have found evidence of humans in Kansas from as long ago as 12,200 years.  Mammoths and other creatures have been found along with markings from human tools. Eventually, Native American people included the Comanche, Kansa, Kiowa, Osage, and Pawnee tribes.  In fact, “Kansas” comes from the Kansa tribe and means “People of the South Wind.”

Francisco Vásquez de Coronado of Spain was the first European to reach Kansas back in 1541 when he and his crew were searching for the legendary cities of gold.  Not finding such cities, the Spanish moved on, leaving the opportunity for the French to claim ownership. The US bought the land that is now Kansas from the French in 1803 as part of the Louisiana Purchase, and Kansas became our 34th state in 1861 at the beginning of the American Civil War.

Southern guerrillas attacked Lawrence in 1856.  Abolitionist, John Brown, and his anti-slavery group retaliated by killing five pro-slavery neighbors in what is now known as the Pottawatomie Massacre. Proslavery forces were then captured by Brown, who became a hero to the anti-slavery movement. These events were followed by many other incidents, but Kansas eventually entered the Union as a free state.

Throughout its history, Kansas has been a leader in women’s rights.  Its first legislature in 1861 gave women the right to vote in school elections, own property, and have control of children.  The right to vote for women was extended to city and bond elections in 1887. Also that year, the first female mayor in the US was elected in Argonia.

In 1978, Kansan Nancy Landon Kassebaum was the first woman to win an elected seat in the US Senate, and the universal right to vote for women was granted throughout the state in 1912.  Women’s right to vote in the US, under the 19th Amendment, wouldn’t be official until eight years later in 1920!  Today, Kansas ranks among the highest states in proportion of women holding public office.

Now take a look at the Kansas history timeline below to learn more important historical facts about Kansas.

US purchased the area from France as part of the Louisiana Purchase, a $15 million land deal promoted by President Thomas Jefferson

Explorer, Zebulon Montgomery Pike, passed through Kansas and described it as the “Great American Desert,” creating an image that led settlers and miners to pass through without staying

Kansas was designated as an Indian Territory (for relocated Native Americans, later sent to Oklahoma)

Topeka became the capital by popular vote (just beating Lawrence by about 2,700 votes)

Kansas repealed the prohibition of alcohol

The geography of Kansas is ideal for grasses (buffalo grass in the west; bluestem, switch, and Indian grass in the southeast, and bluegrass in the Great Plains).  In the northeast, trees, such as cedars, maples, oaks, and walnuts, grow while the state is covered with wildflowers like the purple coneflower, verbena, prickly poppy, sunflower, and prairie phlox.  The cottonwood (state tree) grows throughout Kansas.

Wildlife includes black-tailed jackrabbits, nine-banded armadillos, least shrews, and plains pocket gophers.  There are also prairie lizards, Great Plains skinks, and prairie king and western worm snakes. Golden eagles, western meadowlarks (state bird), yellow-billed cuckoos, black vultures, quails, pheasants, and prairie chickens can also be found throughout the state.  The deer population has increased again after near extinction, and the state animal, the buffalo, can be found only on private lands or in state parks today.

Start by exploring this map of Kansas to start getting familiar with the state. Then read through the Kansas geography facts listed here.  Print out the map of Kansas provided below and add these items to the map.

Download our FREE Kansas state map printable. Use it as a coloring page or use it to plot the state’s geographical features.

Activities for Children in Kansas

If you are able to visit the state, you can learn fun facts about Kansas by experiencing them yourself. Homeschoolers in Kansas have the advantage because they don’t need to travel far, but visitors to the state shouldn’t miss out on the fun too! Here are a few places you will want to explore to learn more Kansas state facts:

Kansas Freebies and Deals for Homeschoolers

Want to learn more Kansas facts and information without spending a fortune?  Below are just a few ideas:

Learned enough interesting things about Kansas? Test your knowledge of Kansas facts for students with these free games and activities: 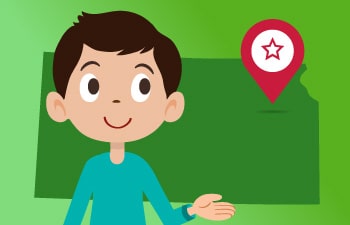 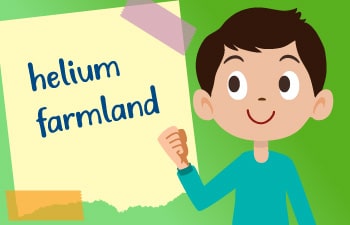 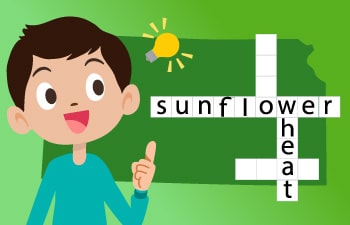 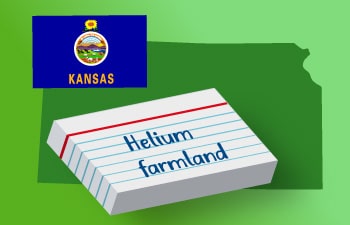 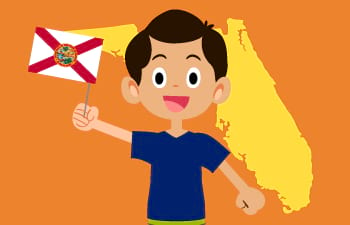 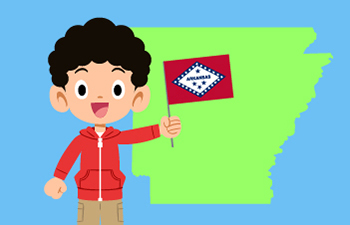