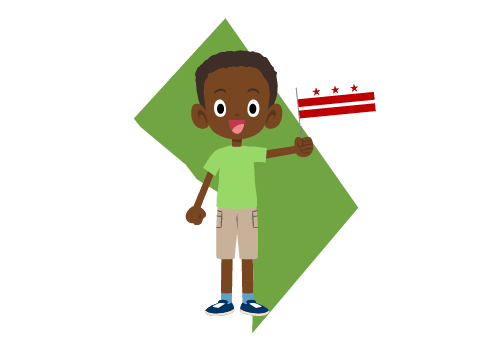 Washington, DC has breathtaking wetlands, rivers, streams, and remains as a unique American city because it was established by the Constitution of the United States to serve as the nation’s capital. The site of the District of Columbia along the Potomac River was first selected by President George Washington. This unit study supplement gives you information regarding Washington DC facts and history, geography, and fun, beautiful destinations to visit.

Before Washington D.C. became our nation’s capital, there was much debate about where it should be located. All 13 colonies wanted to ensure they were represented equally and that the location should be somewhere in the middle. Not too north, not too south. In 1790 the location was designated right between Maryland and Virginia and was named Washington DC in honor of George Washington and DC “District of Columbia” in honor of Christopher Columbus.

During the War of 1812 against Great Britain, enemy forces invaded the city and burned much of it to the ground, including the newly completed White house, the Capitol and the Library of Congress.

After the devastation, the city remained small, especially in terms of permanent residents. The city only increased in size as a result of the Civil War. Slaves owned in Washington were emancipated on April 16, 1862, nine months before the Emancipation Proclamation, and it therefore became a hub for freed slaves. After, it remained a home to a significant and vibrant African American population, which included abolitionist Frederick Douglass.

The first neighborhoods were those that grew up around the Capitol, the Center Market, and the White House. The expansion of streetcar lines in the mid-19th century spurred creation of new suburbs.

It remains a vibrant and culturally diverse city today. After more than 200 years as the nation’s capital, Washington has developed as a city enjoyable for locals and visitors.
Today, you can have the best of both worlds by delving into the nation’s past with a visit on the National Mall and museums or local residences.

The timeline below puts Washington, D.C history facts into perspective:

A bill passed to locate a new capital along the Potomac River. George Washington picked the site.

British burned the city during the War of 1812

The Congress moves back into reconstructed Capitol.

Treasury building burns to the ground

Slavery was abolished in Washington, D.C.

The Lincoln Memorial was completed

The restoration of the White House was finished

Here are some Washington, D.C. geography facts you and your homeschooler may want to note about Washington, D.C’s unique features. To enhance your study of Washington D.C.’s geography, check out the geographical facts mentioned below.

Activities for Children in Washington, D.C.

Whether you homeschool in Washington D.C., or are just visiting, below is a list of field trip ideas that will bring the facts about Washington D.C. to life. You’ll find everything from science museums to outdoor activities in national parks.

Learn even more about the nation’s capital and test your child’s knowledge about Washington, D.C. facts and information with these free learning resources. 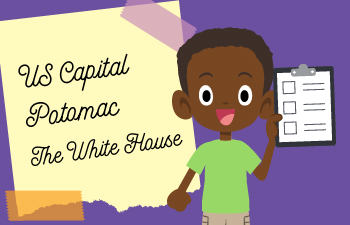 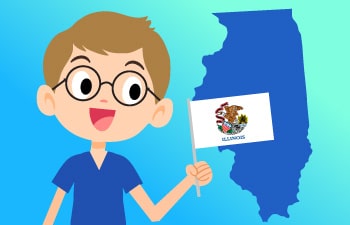