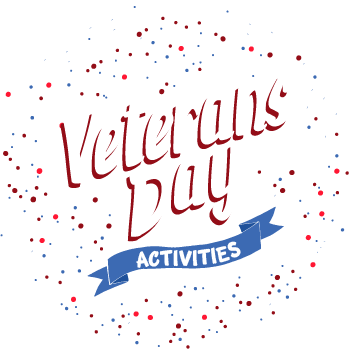 Each year, on November 11, a Veterans Day National Ceremony is held at Arlington National Cemetery. At 11 a.m., a color guard made up of members from each of the branches of military service, honor and thank all who served in the United States Armed Forces. Many homeschooling families use the time leading up to this day to investigate the true significance of this patriotic remembrance.

In this post you will find information that will help you turn Veterans Day into a learning opportunity for your homeschoolers. We will explore a timeline of events related to the holiday, examine what makes Veterans Day distinct from other patriotic holidays, talk about why it is an important day to commemorate in your homeschool, and even provide Veterans Day educational activity ideas by grade level.

On the 11th hour of the 11th day of the 11th month of 1918, an armistice—or halt to hostilities—between the nations involved in the first World War was called.

One the first anniversary of the armistice, President Woodrow Wilson delivered a speech to the nation reflecting on the heroism of those who had died in service to their country.

Congress called for an official observance of veterans on November 11, and President Calvin Coolidge adopted a resolution in response.

A Congressional Act was approved making the 11th of November each year a legal holiday named ‘Armistice Day.’

Raymond Weeks, a World War II veteran from Alabama, suggested the idea of expanding Armistice Day to include all veterans of national wars—not just those who had died in the Great War. He led a delegation to General Eisenhower, who was in support of the idea.

Once Eisenhower became president, he signed a bill into law that changed “Armistice Day” to “Veterans Day.” The National Veterans Award was also established.

Veterans Day was moved from November 11 to the fourth Monday of October, in accordance with the “Uniform Holiday Monday Act.”

The holiday was moved back to November 11, with the understanding that if the date falls on a Saturday or Sunday, then organizations that celebrate the holiday will formally observe it on the adjacent Friday or Monday, respectively.

How Is Veterans Day Different from Memorial Day?

Veterans Day and Memorial Day are commonly confused, because they are both focused on the United States military. Memorial Day, though, is confined to remembering those who have died in the service of the country. Veterans Day, on the other hand, honors all those (living and deceased) who have ever served in the US military—in wartime or in peacetime. Veterans Day is a unique holiday, because it offers your homeschooler the opportunity to personally thank service members for their contributions.

Why Is Veterans Day Important?

The American holiday known as Veterans Day has its history in an even older commemoration known as Armistice Day. This day originally marked the armistice, or ceasefire, between the Allies of World War I and Germany on November 11, 1918. Although Armistice Day is still observed in some countries, following World War II, other countries developed similar, but unique, ways of honoring the service of those in the armed forces. In 1954, the United States officially chose November 11 as a day of observance for all veterans, both living and deceased.

Because of the importance of veterans to American history, Veterans Day is the perfect opportunity to explore the themes of patriotism, military service, war history, heroism, and freedom with homeschool students. Not only will they learn more about the sacrifice of our nation’s servicemen and women, but will also likely discover new things about themselves and their connection to their country.

You don’t have to be in middle or high school to do a dedicated study of Veteran’s Day. When teaching young children about solemn subjects such as war and sacrifice, it’s important to tackle the themes with care and an understanding of how much your child can handle without being scared or overwhelmed. To honor the men and women who serve in the military, homeschool families can find many age-appropriate activity ideas below.

One of the best ways to approach Veteran’s Day with preschool age children is by starting with some of the related vocabulary. Make sure that your preschool understands what words like veteran, soldier, military, and freedom mean. There are several great picture books that can assist parents with this goal, such as H is for Honor and The Wall.

If you search the web, you’ll also likely find some free printable coloring pages highlighting the significance of Veteran’s Day which will give you an opportunity to discuss the holiday with your young child. Veteran’s Day crafts for preschoolers are another hands-on way to introduce your young homeschooler to the commemoration. Ideas for those include:

Elementary level homeschoolers can handle a somewhat more in-depth study of the history of Veteran’s Day, but keep in mind many early elementary students can still be very sensitive to topics of war and death. You know your child best, and what information he or she can handle without reactions of fear. The Time4Learning 2nd grade social studies lesson plans include an interactive lesson on National Holidays where many of our patriotic commemorations are explained in child-friendly language.

For students who are mature enough, a visit to a Veteran’s Hospital or Care Center is a way to bring real life learning into your homeschool. Find out if your local homeschool support group has a visit like this in their upcoming plans, and if not, you can suggest it. If there isn’t a Veteran’s facility nearby, plan to take your elementary student to one of the local Veteran’s Day services so they can experience for themselves the patriotic display.

Other active ways that elementary homeschoolers can learn about Veteran’s Day might include:

Because they are often already studying either the Civil War or the two World Wars in their history curriculum, middle school is a good time to study Veteran’s Day in even more detail. At this age, students can usually handle more comprehensive teaching about the sacrifice of veterans and why it is so important to recognize their service with a dedicated day of honor and remembrance. There are several documentaries and YouTube videos created specifically for students, including History of the Holidays: The History of Veteran’s Day and What is Veteran’s Day?

After discussion of the themes surrounding veterans and Veteran’s Day, middle schoolers may best express their own feelings about the subject through writing. If you aren’t sure exactly what to have your student write about, Veteran’s Day writing prompts are a great place to start. Here are a few to get started with.

High school students have been exposed to Veteran’s Day celebrations throughout their school careers, but that doesn’t mean that there aren’t plenty of ways teens can still connect with the history and importance of the holiday. Did you know that high school students are often allowed to volunteer at VA Medical Centers around the country? In fact, student volunteers are an important part of the treatment plan in many centers. Some of the VA Medical Center departments that often accept volunteers include:

Students are given training prior to taking their assigned positions. VA Center volunteers may even be eligible for specific scholarships, such as the James H. Parke Memorial Youth Scholarship Award.

Speaking of scholarships, another way for students to both learn more about Veteran’s Day and give themselves a leg up with college is to research and submit patriotic themed scholarship essays. The Voice of Democracy (VOD), for example, is an annual nationwide scholarship program sponsored by the Veterans of Foreign Wars (VFW). The audio-essay contest provides more than two million dollars in scholarships annually!

When you’ve concluded a study of Veteran’s Day in your homeschool, you will have accomplished much more than just introducing your student(s) to the history of a national holiday. You will have given them a personal and long-lasting connection to every veteran they encounter in the future. Their appreciation of the service and sacrifice of our nation’s servicemen and women may have an impact on them for the rest of their lives. 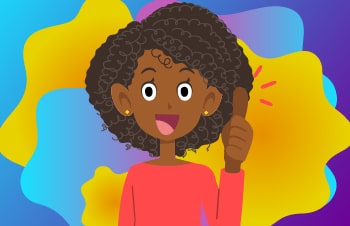 10 Ways to Motivate Students to Learn 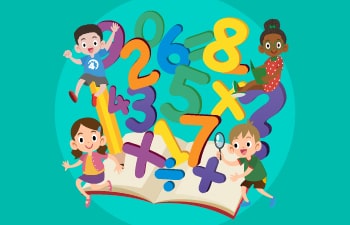