Every year, the last Monday of May is Memorial Day in the United States. It is a time when our nation collectively pauses to remember the service and sacrifice of all those in the armed services who have died. Most local towns or communities will schedule specific services, parades, or ceremonies for the service members. Many families will also organize barbecues or picnics on the day.

It’s important for homeschoolers to go into the holiday with a little background knowledge of how and why we have a day dedicated to the lives of deceased members of the armed services. Knowing the key Memorial Day history facts can enhance your student’s understanding of why we celebrate the holiday each year. The timeline below will give your student(s) a little background information about this important American commemoration.

Waterloo, NY, is considered the “birthplace of Memorial Day” because it shuttered its businesses and held a community-wide event to honor those who gave their lives in the American Civil War. (However, many other towns had begun participating in unofficial springtime commemorations.)

General John Alexander Logan was the leader of an organization for Civil War veterans in the North and he called for a nationwide day of remembrance, which would happen later that month.

President Ulysses S. Grant presided over the first Memorial Day ceremony at Arlington National Cemetery. Originally called “Decoration Day,” it was attended by 5,000 citizens who decorated over 20,000 graves in the cemetery.

Congress passed the Uniform Monday Holiday Act which established certain holidays to always fall on Mondays (to allow Federal Employees to receive 3 day weekends). Memorial Day was designated to be the last Monday in May from 1971 and forward.

President Bill Clinton signed the National Moment of Remembrance Act which asks Americans to stop at 3pm, wherever they are, to pause for one minute to personally honor those who died in the service of the country.

Why Have a Memorial Day Celebration in Your Homeschool?

One of the most cherished aspects of homeschooling is the ability to customize your curriculum to your children and your overall goals for them. If one of those goals is to increase your homeschooler’s understanding of citizenship, and their place in their local, state, and national government, then you may want to take the time to incorporate national holidays into your lessons.

One special benefit of doing this for Memorial Day is that you can personalize your studies to include remembrances of specific family members and friends who died in service of the country. Homeschoolers will be captivated to learn stories of grandparents, great-grandparents, and distant relatives and friends who participated in various armed conflicts. These studies can often even lead to additional lessons on aspects of various wars or time periods.

How is Veterans Day different from Memorial Day?

America is fortunate to have multiple patriotic holidays, so it’s important for student to be able to distinguish between them. The two key holidays honoring service members of the U.S. Armed Forces are Memorial Day and Veterans Day. Memorial Day specifically commemorates those who have lost their lives in service to their country, while Veterans Day gives Americans the opportunity to pay tribute to all the men and women who have ever held active duty in the armed forces.

Get the big picture behind each of America’s large military conflicts by signing up for Time4Learning’s comprehensive high school courses in U.S. and World History.

To aid you in your studies, Time4Learning has pulled together some educational Memorial Day activity ideas by grade level. Browse the lists below for inspiration on ways to bring your homeschooler’s attention to this important holiday and thereby grow their civic knowledge as an American.

(Note: Some of the themes of Memorial Day may be too sensitive for your preschooler. Take into account your individual preschooler’s impressionability when choosing or customizing the activities below.) 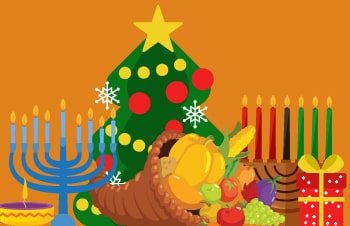