Teaching Math To A Visual Learner

My youngest son wasn’t that old before I recognized that he gathered knowledge very differently than my older son. For one thing, he was glued to the television whenever it was on. It didn’t even seem to matter what show was playing, he would be watching. I will never forget walking into the living room one day when he was about six months old and seeing him staring up from his walker transfixed by a report Mike Wallace was doing on 60 Minutes. That was the minute I knew my little guy had a thing for flashing images.

You can jump to the following sections:

What Are Visual Learners?

It was a couple years later before I became aware of what learning styles were, and how very differently we learn from one another. My older son was sounding out words and doing simple math problems at only three years old, but the youngest, well, he wasn’t exactly destined for educational precociousness. He was, however, drawing incredibly complex art, putting together incredible structures out of Legos , and putting on daily performances for us to enjoy. So it wasn’t too much of a shock to discover that he was a visual learner. Whereas my older son and I seem to learn much more by sound, he learns almost everything by mental images, patterns, and color.

This has been a terrific boon for him in anything related to the arts. He is a fantastic artist, cartoonist, and storyteller. More traditional educational pursuits, though, such as spelling and math, have been much more of a struggle. Visual learners don’t do well with sequential tasks, and much of what we learn in the early grades of school proceeds in a step-by-step fashion. You don’t learn to spell C-A-T-C-H until you first learn to spell C-A-T. You don’t work on your times tables until you have first mastered addition and subtraction.

How Do Visual Learners Learn Math?

Visual learners find this baffling. They much prefer to learn from whole-to-part, rather than the other way around. They also really need to understand why they are learning something, before they can find the motivation to give it their best. Trying to explain to a visual learner why they need to understand the addition facts to 10 before they can add fractions or decimals is fairly futile. They just won’t grasp it. But this doesn’t mean that math is a lost cause for visual learners. Not by a long shot!

Time4Learning is vibrant, engaging, educational, and funny. It sure beats our previous homeschool curriculum which was textbook/workbook based.

Time4Learning is so effective that very little intervention is required. This works great if you're homeschooling multiple children.

Because understanding the reason for learning is so important to visual learners, it is important to bring attention to all the ways math is relevant to everyday life. Bring your visual learner along shopping with you and be sure to have him or her help you figure out how much money you will need for your purchases. Letting them have a piggy bank, and counting the money often will also be helpful. Math is plentifully available in cooking together, clipping coupons, saving for a special toy, and even in building with blocks or cutting play-dough into fractional parts. Math can be almost everywhere when you are looking for it.

When it comes to more formal math instruction, there are specific techniques that will help make it more accessible to visual learners. Any of the following will not only make math more interesting, but will also help your child retain what they learn – – a common difficulty for those of this learning style.

What To Avoid With Visual Learners

Just as important as finding what works with visual learners is avoiding what doesn’t work. Rote memorization and drill will not only be mostly impossible for your visual learner, but will also sap his natural love of learning. Worksheets, while sometimes necessary, should be kept to a minimum, especially after your child has mastered the material. Visual learners also tend to “visualize” time passing, so timed quizzes and tests put almost tangible pressure on them, causing unnecessary anxiety. Finally, be prepared for a visual learner to not always be able to “show their work.” These learners come upon many correct answers simply by instinct. Some visual learners can even solve complex multiplication and division problems in their heads, but asking them how they do it won’t get you far.

As a homeschool mom with an education degree, I didn't think there was a way to do math manipulatives on the computer, but Time4Learning accomplished it!

Third graders are asked to identify polygons with a certain number of angles in Blinky's Button Bonanza. 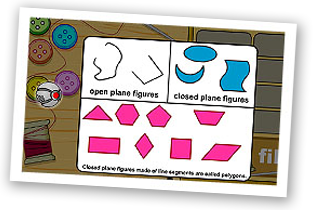 Visual Learners Can Be Successful!

Math for visual learners can be frustrating, invigorating, and mystifying all at once. It is important to help them to understand that their visual learning style is not a disadvantage, but simply a different way of acquiring knowledge. Visual learners are special! They have an uncanny ability to access and hold images in their minds. Our job as parents is to help them to creatively use that strength to conquer addition, subtraction, geometry and algebra. Our child’s job is simply to be him or herself, and to be allowed to continue loving to learn.

Learn Math with an Interactive Program that is Proven Effective

Time4Learning provides learning programs with multimedia instruction, animated interactive lessons and printable worksheets for reinforcement, has a low monthly price, does not require a contract, and provides a money-back guarantee so you can make sure that it works for your kids, satisfaction guaranteed! 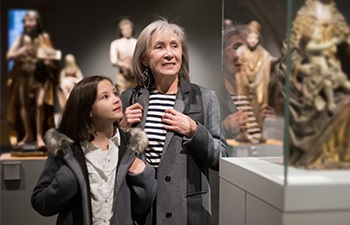 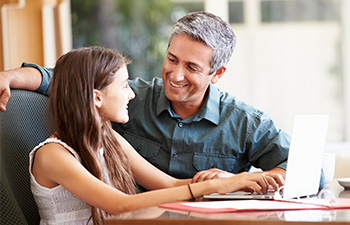