A few years ago, if you had asked Lilianna Gusky if she would be a homeschool graduate, she might have scoffed at the mere idea of it. Although her little brother had always been taught at home, homeschooling was definitely not the route for her. School meant friends. School meant a social life. Like many who have misconceptions about homeschooling, she envisioned homeschooling as something that would snatch all that away.

Lilianna’s parents, on the other hand, were seeing the situation from a different perspective. They saw a teenager who began to value where she would go on the weekends or what she would wear to school the next day far more than finishing homework assignments. They saw her grades drop and disciplinary issues rise. They saw their daughter, who had been diagnosed with ADHD (Attention Deficit Activity Disorder), finding it nearly impossible to focus in a classroom of 20 or more peers for eight hours a day. 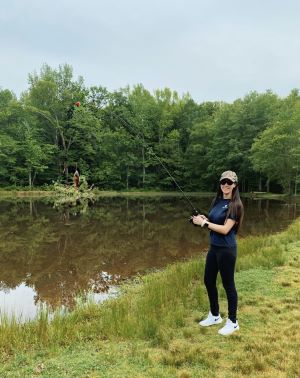 So, midway into her sophomore year, Lilianna received the news: her family was pulling her out of school to homeschool her. Lilianna was devastated. As far as she was concerned, her social life was over.

From Frustration to Freedom

What Lilianna couldn’t have known at the beginning of her homeschooling journey was that her world wasn’t getting smaller. It was preparing to gape wide open with possibility.

You see, Lilianna has a passion for science and health care. She adores studying about the human body and how to fix it when something isn’t right. She has a lifelong goal of becoming a nurse, and fortunately for Lilianna, her parents were prepared to customize her homeschool experience to make this dream a reality.

“I think as a homeschooler I have made more friends and gotten to experience so much more in life than I would have if I were still in public school. Not having to do school for 8 hours a day, 5 days a week, allowed my family and I to spend our time however we pleased.”

This began with choosing a curriculum. Lilianna’s family wanted a curriculum that would truly prepare her for graduation and college. They chose the Time4Learning high school curriculum, which was comprehensive and flexible enough to fit their unique path. That path was leading to something Lilianna couldn’t have imagined when she left the traditional school model: dual enrollment.

During her sophomore year, Lilianna’s family learned of a program offered by the local community college. This opportunity allowed students to tackle their core college courses while still in high school, saving her time and money. When she understood that this would help her reach her goal of becoming a nurse even sooner than she had expected, Lilianna began to realize that homeschooling was launching her towards an even brighter career path.

Because of her ADHD, Lilianna was easily distracted and struggled to stay focused for longer periods of time. When she began homeschooling, her family determined that she studied best in the mornings and that she was able to maximize her attention on school work in short intervals of time. Her mom helped her learn time management techniques such as writing out a to-do list each morning, along with how much time she would spend on each task. 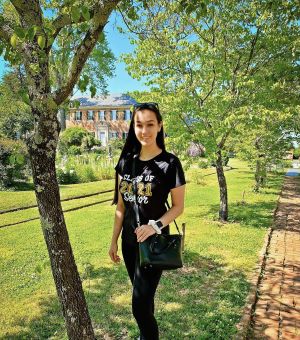 By understanding how she learned best, Lilianna was preparing herself for the rigors of more advanced high school and college coursework. In the fall of 2020, she was accepted into her local college’s nursing program–one of the youngest students ever to be admitted! Because of her dual enrollment, she will graduate from community college in fall of 2022 and from the nursing program at the university in spring of 2023. Her career ambition is to work as a Pediatric Rheumatology Nurse Practitioner at Children’s National Hospital in Washington D.C.

And the final surprise of this homeschooling journey for Lilianna? Her fear of losing her social life never materialized. “I think as a homeschooler I have made more friends and gotten to experience so much more in life than I would have if I were still in public school,” she notes. “Not having to do school for 8 hours a day, 5 days a week, allowed my family and I to spend our time however we pleased. As for my friends, I have stayed in touch with a few from my old public school but have made new ones in the homeschool community and in college. Not being stuck to such a time-consuming school schedule has also allowed me to go out with my friends and family a lot more.”

Time4Learning is gratified to have supported Lilianna Gusky’s journey to realizing her dreams. We know she will help countless individuals toward better health, and we couldn’t be happier that we played a part in such an admirable goal. 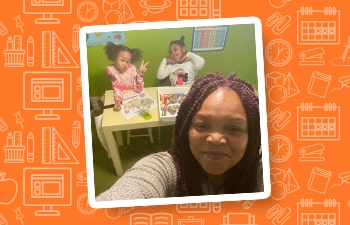 How Time4Learning Has Made Homeschooling Easier for One Grandmother 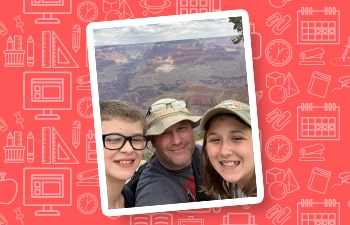