According to the National Assessment of Educational Progress (NAEP), only 34% of eighth graders tested at or above a proficient level in math and reading in 2019. The Blalock family experienced this statistic personally, as their son, Jack, had struggled with these subjects throughout his academic career.

While Jack’s parents were certainly aware of their son’s academic challenges, they never grasped the immensity of the issue. After all, they consistently received optimistic messages from Jack’s school. Even though end-of-grade tests showed him performing below grade level, they were told not to be alarmed. His teachers assured them that Jack was fine, and that benchmarks and standardized tests were not the only scores the family should look at.

In addition, Jack continued to receive passing grades in his classes. Having never received a phone call, email, or letter warning that Jack was under-performing, his parents assumed he was doing okay. This lack of communication is not uncommon. A Parent and Family Involvement in Education survey of 14,000 parents showed that only 42% of families received a phone call about their child’s progress in a specific school year, and only 62% received an individual email. In Jack’s case, this communication gap meant that his family wasn’t getting the full picture of his academic struggles.

In 2020, as school went virtual due to the pandemic, Jack continued falling behind in school, receiving Cs and Ds in his core classes. Having Jack home meant that his mother, Erin, was able to see the extent of his school issues for herself. She learned he was using a search engine to find most of the answers to his assignments. He didn’t pass any of the seventh grade benchmarks. Even more frustrating was the fact that the school was giving students perfect scores of 100  simply for logging in, even though Jack’s test average in math for the year was a 24. Jack’s parents asked that their son be allowed to repeat the seventh grade. Unfortunately, the school’s policy was that a child would not be allowed to repeat a grade level unless they had failed two of the four core subjects for the entire year.

“I love how I can see what he is doing, reset assignments, or skip assignments that he has a good grasp of. The way that the software tells you the amount of time they spend on an activity is also a huge help.”

When Jack began eighth grade in fall of 2020, school was still primarily virtual, and Jack was failing math and English yet again. During Christmas break, his mom decided to do her own testing to get a clearer picture of what Jack’s skill level really was. She was surprised to discover that he was not able to identify the noun and verb in a simple sentence and was unable to perform basic math skills like multiplying a two-digit number. He was performing on a 4th/5th grade level.

Erin realized that Jack’s learning loss could put his future academic success in jeopardy. This is when she and her husband decided to pull him from school and begin homeschooling.

Home-based education has been a positive experience for Jack and his family so far. With Time4Learning as his homeschool solution, Jack is able to go back and focus on the areas where there is room for improvement. Although the school system wouldn’t let Jack repeat a grade level, Time4Learning certainly makes that possible. Subscribers can choose exactly what grade level of curriculum on which to focus. They even have access to materials from the grade below and above their chosen level, in case they need to work in different levels for different subjects.

“I love how I can see what he is doing, reset assignments, or skip assignments that he has a good grasp of,” says Jack’s mom, Erin. “The way that the software tells you the amount of time they spend on an activity is also a huge help. For example, if he spends two minutes on a math quiz, I have him redo it while I watch because I know there is no way he could work the problems in two minutes.” With numerous tools and features like automated grading and recordkeeping, Jack’s parents can easily keep track of his grades and overall progress.

Even with full-time jobs, Erin and her husband have found homeschool to be easier than expected. Above all else, the fact that Jack is comprehending and retaining what he is learning makes her confident that this is the right educational option to help him lay a strong foundation for future academic success. 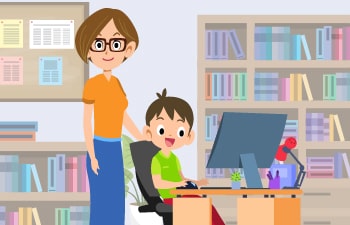 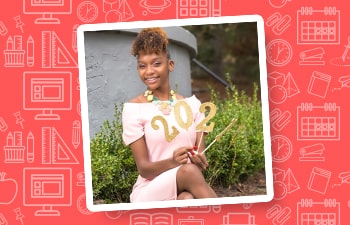