The choice of a fourth grade math curriculum is an important one. It can be a “turning point” year in terms of either feeling successful or frustrated with math. Students will start to learn that there is more than one way to solve a math problem, and they will begin applying what they are learning in math to real world issues.

On this page, you will get an overview of what your child should know going into the new school year, as well as the upcoming fourth grade math objectives.

What Math Should a Fourth Grader Know?

Fourth graders are expected to have gained the following skills before they start the year:

Do you recognize some gaps in these areas? Your Time4Learning subscription includes access to both the grade below and above your subscribed level. You may feel free to have your child go back and practice some areas in the previous grade level that need strengthening.

Some of the specific fourth grade math learning targets include:

Check out how Time4MathFacts (included in your subscription) fosters strong math fact fluency through interactive and gamified lessons that keep students engaged and mastering addition, subtraction, division and multiplication.

Order numbers up to nine digits and compare numbers using the symbols , and =.

Round numbers to the nearest ten, hundred, thousand, ten thousand, and hundred thousand.

Multiplication will be used to solve problems.

Multiply 1-digit numbers with 2-digit and 3-digit numbers. Use partial products and mental multiplication as strategies.

Find whole-number quotients and remainders with one-digit divisors. Illustrate and explain the calculation by using equations, standard algorithms, and models

Divide two-digit dividends by one-digit divisors, with and without remainders.

Find whole-number quotients and remainders with one-digit divisors, using strategies based on place value, the properties of operations, and/or the relationship between multiplication and division.

Divide dividends up to four-digits by one-digit with and without remainders (include quotients with 0’s).

Solve one-step and two-step word problems in which remainders must be interpreted.

Division will be used to compare.

Solve two-digit division problems with and without remainders.

Apply understanding of place value when solving problems involving multiplication by 10 or 100 and division by 10 or a multiple of 10.

Find the average of a set of numbers.

Lesson 1: Parts of a Set or a Whole

Match parts of a set and parts of a whole with equivalent fractions with denominators up to 12.

Order fractions with like and unlike denominators 1 through 12 and compare fractions using the symbols , and =.

Solve word problems involving addition of fractions with like denominators by using fraction models and equations.

Solve word problems involving subtraction of fractions with like denominators by using fraction models and equations.

Decompose a fraction into a sum of fractions with the same denominator in more than one way using a visual fraction model.

Decompose an improper fraction into a sum of fractions with the same denominator in more than one way and record each decomposition with an equation.

Add and subtract fractions with unlike denominators up to 12.

Recognize multiples of a fraction.

Lesson 20: Multiply a Fraction by a Whole Number

Multiply a fraction by a whole number using visual models and equations.

Solve word problems involving multiplication of a fraction by a whole number by using visual fraction models and equations to represent the problem.

Order decimals and compare the values of two decimals using the signs , and = up to the thousandths place.

Read and write decimals as fractions.

Add and subtract decimals through thousandths.

Apply the appropriate rule to complete a chart including input/output tables. Solve problems associated with a given relationship using a table of values.

Represent written relationships as expressions and use a variable to represent an unknown quantity in an expression.

Explore the idea of a variable by solving for an unknown quantity in an equation. Example: 3 + a = 7.

Use the Commutative and Associative Properties of Addition and Multiplication to find equivalent expressions or equations containing an unknown quantity.

Identify and classify angles as right, obtuse, or acute.

Understand that an angle is made up of a series of one-degree turns.

Understand how to sketch angles of specified measure using a protractor.

Understand how to measure acute angles using a protractor.

Understand how to measure obtuse angles using a protractor.

Identify polygons, regular polygons, and non-polygons and their attributes.(sides, angles, and vertices) Classify polygons into subsets.

Identify the radius and diameter of a circle, and calculate one when given the other.

Identify the attributes of solid figures such as cubes, prisms, pyramids, cones, cylinders, and spheres. (edges, vertices, and faces) Identify and create two-dimensional representation of a three-dime.

After being given the distance and navigational directions from the initial point within the first quadrant, write the ordered pair of the final point.

Given a plane figure, identify the similar or congruent figure.

Classify plane figures as having line symmetry, point symmetry, both, or none.

Tell and show time to the 5 and 1 minute intervals.

After being given navigational directions from the initial point, identify the ordered pair of the final point.

Find perimeter by counting units and by adding lengths. Measure to find the perimeter. Select appropriate label for measurement.

Display and interpret data in a line graph, compare data, and draw conclusions.

Identify the mean, median, mode, and range from a set of data or a graph.

Determine and list the possible combinations of an event.

Calculate probability as a fraction.

Solve multistep word problems using the four operations. Represent these problems using equations with a letter standing for the unknown quantity. Assess the reasonableness of answers.

Building the proper foundation in math is key to your child’s success in the future. One of Time4Learning’s main goals is to ensure students gain a love of learning while mastering important math skills that will help them succeed and avoid struggles in later years.

Our comprehensive math program for fourth graders combines interactive online lessons, supplemental worksheets and gamified activities that keep them engaged and motivated. Parents can rest assured that their children are getting a quality math education and that all lesson planning and recordkeeping is taken care of for them to just click and print whenever they need.

Learn more about our online fourth grade homeschool curriculum, designed to help your child learn and master their fundamental concepts. 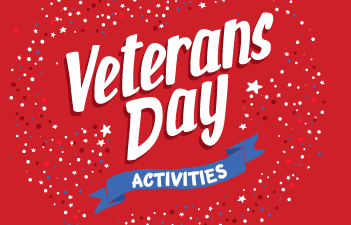 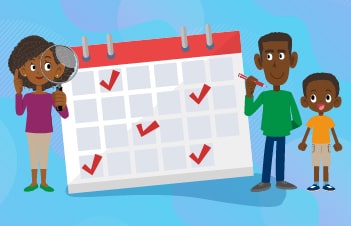 Why Is My Child Falling Behind in School? How Do I Help?