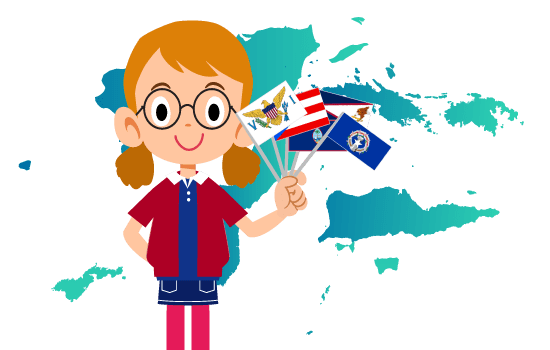 In addition to the 50 states we are all familiar with, the United States also includes a number of territories and commonwealths. So what’s the difference between the two? A commonwealth is an independent country that is voluntarily part of the U.S., while a territory is an organized division of the U.S. that doesn’t fully have all the rights of a state. Since both territories and commonwealths are often grouped together, we will collectively refer to them as territories in this article.
So how many U.S. territories are there? The answer is five. There are three territories of the United States: Guam, American Samoa, and the U.S. Virgin Islands; and there are two commonwealths: Puerto Rico and the Northern Mariana Islands.
This blog post includes information on all five U.S. territories including important facts, historical information, geography, popular destinations for families, and learning games so that students can become more familiar with these territories of the United States.

Historical Facts About the Territories of the United States

America’s expansion beyond the continental U.S. culminated with the annexation of Hawaii in 1898 and the purchase of Alaska from Russia in 1867. That said, a series of wars, negotiations and purchases also led to the U.S. acquiring 14 additional territories from the late 1800’s until the 1900’s. Of those 14, five are inhabited, and those are the focus in this unit study supplement.
Four of the five inhabited territories are located in the Northern Hemisphere, while one (American Samoa) is located in the Southern Hemisphere. With the exception of American Samoa, all the people in these territories are granted U.S. citizenship at birth. American Samoans are considered U.S. nationals and must go through the naturalization process in order to become U.S. citizens. Both U.S. citizens and nationals share many of the same rights, the key differences are that U.S. nationals do not have the right to vote or to hold an elected office.
Another key difference is that the U.S. territories do not have full representation in Congress, and infrastructure tends to be underdeveloped compared to that of the continental U.S..
Find out more about the historical events that led to each of the territories becoming what it is today below.

Geography Facts About the U.S. Territories

Now that you know a bit about the history of each of the U.S. territories, let’s take a look at their geography. All the territories of the U.S.A are islands or groups of islands located in either the Pacific Ocean or the Caribbean Sea.
U.S. territories in the Pacific consist of American Samoa, Guam, and the Northern Mariana Islands, while U.S. territories in the Caribbean include Puerto Rico and the U.S. Virgin Islands. Because the territories are islands, they are of interest to both U.S. military personnel and U.S. research scientists. Their island geographies and climates also make them interesting targets of study and unique travel destinations. Did you know that Saipan, in the Northern Mariana Islands, was chosen as having the most equable (consistent) temperature in the world by the Guinness Book of World Records?

U.S. Territories in the Pacific

U.S. Territories in the Caribbean

Download our FREE printable maps of the U.S. territories. Use them as coloring pages or use them to plot their geographical features

Activities for Children in the U.S. Territories

If you get the chance to travel to one of the U.S. territories, you can really expand your knowledge about them. The good news is that there are places where you can take children where they can both have fun and learn. Here are just a few of the locations to visit with your family when you arrive at one of our U.S. territories:

Freebies and Deals for Homeschoolers in the U.S. Territories
You can also experience the natural and historical wonders of our U.S. territories without spending a lot of money. Here are some free places to visit with kids: 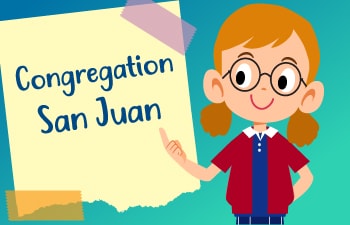 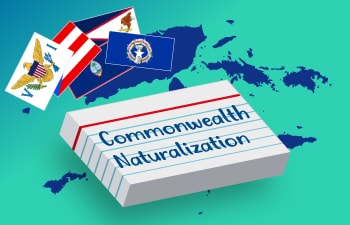 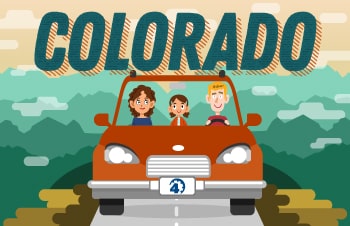 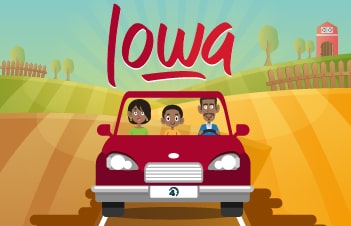