Time4Learning was Key Ingredient to Success for Alumnus

Bailey Shuler’s earliest memory of the culinary arts was helping his great-grandmother prepare an omelet when he was just four years old. At the age of 10, he was preparing entire meals for the family – baking breads, cakes, and intricate pastries, some that would take hours to make. At age 16, he was running his own business – baking and delivering pretzels, pulled-pork sandwiches, and other tasty fare for local breweries. 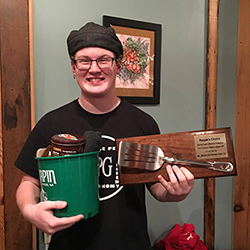 Today, the 21-year-old is the co-manager of a thriving restaurant in Athens, GA with a flourishing career in the culinary industry. He has been working at the business now for three and a half years, and his goal now is to make it the #1 burger restaurant in Athens. On a typical workday, he motivates staff, while also rolling up his sleeves and cleaning dishes, greeting customers, prepping food, and shuttling plates to hungry patrons. His strong communication and leadership skills, combined with a strong work ethic, have proved to be a recipe for success. “I enjoy all aspects of cooking and making people feel happy,” he says. “I like to show people that we care.”

Bailey was homeschooled by his parents from the age of six all the way through high school. According to Bailey, the homeschooling way of life helped him develop an independent and entrepreneurial mindset and strong work ethic. When he was homeschooled, he chose to wake up early, though he didn’t have to. He immersed himself in five to six hours of learning most days, although he only needed to do around four.

“My attitude is I can do it. I want to do it. I will do it,” he says. “Homeschooling gave me the freedom and flexibility to foster a love for cooking and start my own business,” he says. “If I had a normal school schedule, I wouldn’t have time for all of that. You have so many more opportunities with homeschool than with a traditional school.”

Like many of the three million families who are homeschooled, Bailey’s family made the leap to homeschooling due to having a negative experience with public school. His mom, Katie, who works for Time4Learning, first tried homeschooling Bailey and her younger son Braeden using textbooks. “Trying to learn with textbooks caused a lot of head-butting. Let’s just say trying to teach me wasn’t the easiest thing in the world,” he said with a laugh. “I had a hard time focusing. It was rough.”

Going into the second grade at the age of seven, his family enrolled him with Time4Learning, an online curriculum, which he initially met with skepticism. “When I heard about this online program, I said ‘oh well, now we’re just gonna butt heads over a computer instead of textbooks’. I was wrong. I absolutely adored it. I started enjoying school for the very first time.”

While textbooks didn’t capture his attention, Bailey was captivated by Time4Learning’s thousands of educational videos and interactive activities. “I always had a hard time focusing, so learning by watching something so entertaining helped me. The interactivity kept me constantly wanting to do more on my own. I hopped on to have fun for hours. I learned to love learning!” 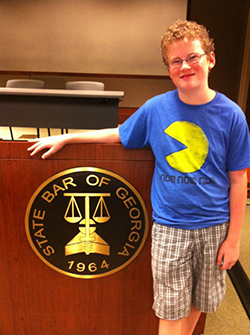 With young Bailey fully engaged, the headbutting with his parents became a thing of the past. Rather than coming home exhausted and frustrated, and grudgingly sharing how his day went, which was the case in school, he would bond with his family during learning time.

“We talked about what I had learned. I was sharing things I actually enjoyed with my parents. We bonded more,” he says. “When I got home from public school, I wouldn’t want to share any news. Now, I was going to mom for help, looking for help, rather than thinking I knew it all.”

For Bailey, the ability to customize his learning was a game changer growing up. He always excelled in language arts so he chose a grade level one year ahead in that subject. Yet, in math, where he struggled, Bailey would spend extra time at his current grade level. As a self-described science nerd, he completed all of the Time4Learning science curriculum by junior year in high school.

Bailey bristles when people stereotype homeschoolers as somehow lacking opportunities for socialization. According to Bailey, the opposite is true. “I would argue that homeschooling gave me more opportunities to socialize with different people than I would have at any public school.“

When asked to choose one word that comes to mind when he hears homeschooling, he instantly responds, “freedom.” In fact, like many homeschoolers, Bailey spent more time socializing than most typical children his age. Enjoying the flexibility of learning at his pace and on his schedule, he enrolled in 4-H, the Boy Scouts, and was active in various local homeschool groups. Bailey went on field trips to the Atlanta Zoo, making friends with the owner and staff. He even met chemists and biologists through his nature science classes that complemented Time4Learning.

On the family front, Bailey also forged a strong bond with his younger brother, Braeden, a fellow homeschooler who is now in high school. Unlike traditional schools, where stringent rules and limited socialization time lessens opportunity for bonding and sibling time, Bailey and Braeden had a strong connection through their homeschooling experience. 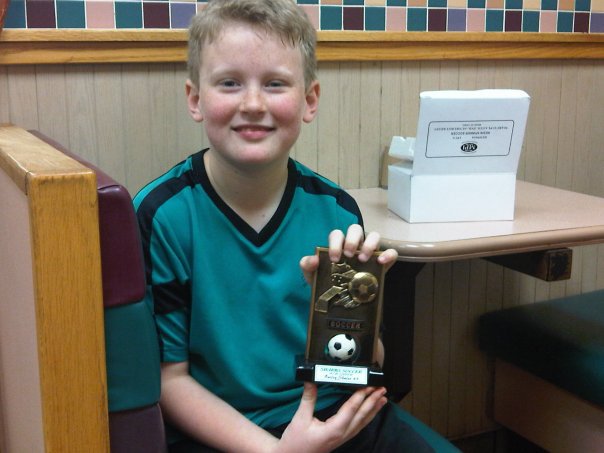 “Homeschooling enabled me to be there with him when he was a baby. I helped him learn how to read. We have a strong bond through this learning experience. I wasn’t gone all the time. He developed this sense of always wanting to do what I did. I played soccer, and he did. If I was in the kitchen, he would help me. So, when I learned, he wanted to learn too.”

Bailey’s advice to families on the fence about homeschooling is to take inventory of all the quality of life benefits that come with this school choice. “You are missing out on a lot of things. I build computers. My brother is an awesome guitar player. He practices for hours a day. There are so many more opportunities with homeschooling.”

Leave a Reply to The Time4Learning Team Cancel reply

My granddaughter is 8 she and my son both reside with me, Lily is having an extremely hard time in school she was recently diagnosed with autism she says “I’m not going” mema meaning school she started school yesterday going in with a happy attitude mema!!! I’ll see you after school!! Blowing me kisses from her hand, I was soo happy and amazed because she liked it then after school I picked her up and she was very upset mad at a teacher aid all Lily asked was is my daddy coming soon? She told Lily don’t worry about your dad he cannot come in the classroom!! Whaaat!!! You don’t say that to a special needs little girl who’s affraid,she goes back Tamaro and I will be confronting this girl she said other things as well to her but I’ve taken up so much time thank you,.

Hi Doree. We’re sorry to hear about your granddaughter’s experience. Thanks for stopping by our blog and sharing your experience! 🙂

I’m loving everything I am reading.I want to make sure he will get credit for homeschooling here if he ever was to be enrolled in school (in person).

Thanks so much for stopping by our blog, Bridgette! Homeschooling is legal in all 50 states, but each state/school system does have their own requirements as far as what they will accept from homeschoolers who are enrolling/re-enrolling in their schools. We recommend that you reach out to your local school board to make sure! 🙂

Please let us know if we can answer any additional questions for you! https://www.time4learning.com/curriculum/contact_us.php

My grandson is 10 and homeschooling since February, 2021. He loves it!! Using Time4Learning has allowed him to go back to an earlier language arts level and make great strides in a short amount of time. Also, all the short entertaining video’s helps to keep his ADHD mind engaged with the lesson. Thank you for all the labor of love that goes into making this curriculum a great success!

We appreciate your kind words, JoAnn! We’re thrilled that Time4Learning is playing a role in your grandson’s educational journey! 🙂

Bailey, you have done so well and worked so hard. Thank you for sharing parts of your inspirational homeschool journey and your current life. We are new to homeschooling so your story is very meaningful and helpful. I wish you every success!

Thank you so much for stopping by and commenting, Nadia! We’ll make sure Bailey sees your encouraging message! 🙂 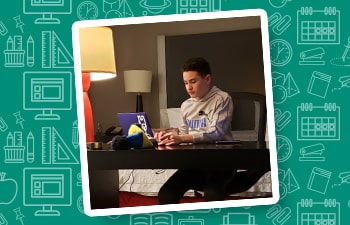 How One Military Family’s Dream of Homeschooling Finally Came True 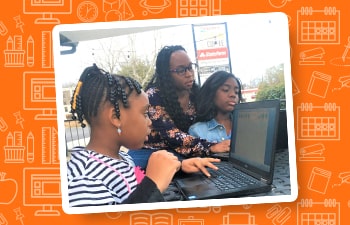