It’s not every family that would switch to homeschooling in the middle of their child’s senior year of high school amidst a pandemic. But that’s exactly what one family did this past school year. And recent homeschool grad and Time4Learning user Zoi’ thrived because of it! 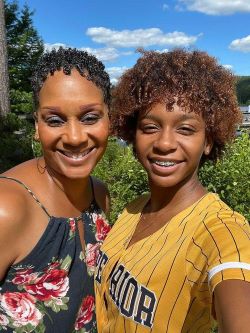 Thankfully, homeschooling wasn’t completely unfamiliar to Zoi’.  She’d been homeschooled during middle school, and had discovered how much flexibility she had to pursue her own individual interests. During that time, Zoi’ had been able to travel with organizations such as the National Society of Black Engineers, in which she was a NSBE junior member and participated in STEM events like TEN 80 & Build a Rocket competition. She connected with local homeschool groups, too, which allowed her to test out new interests in areas like fine arts.

It’s not so much of a surprise, then, that when Zoi’ experienced mistreatment from a group of private school peers in her first semester of senior year, her mom had a backup plan. If Zoi’ had flourished once in the customized environment of homeschooling, she could definitely do it again!

“Zoi’s mom designed a schedule that let her focus on her Time4Learning coursework in the mornings, leaving the afternoons free for electives and extracurriculars.”

Starting in the second semester of her senior year, Zoi’ was once again a homeschooler. Not just that, but a busy homeschooler. You see, homeschooling meant once again having the freedom to personalize her education.  Zoi’s mom designed a schedule that let her focus on her Time4Learning coursework in the mornings, leaving the afternoons free for electives and extracurriculars. 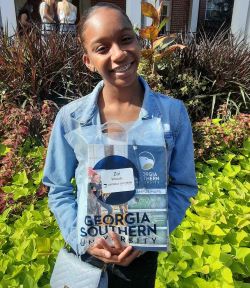 After making breakfast together, Zoi’ and her mom would watch math videos together and work out problems on their white board. They both found themselves equally engaged in the Environmental Science course, too. Afternoons might include museum visits or other field trips,  cross country training, or tennis activities.

Zoi’ found herself better able to focus in this one-to-one environment. She and her mom were able to go into as much detail as they wanted in specific subjects. Her vocabulary advanced and she made incredible strides in reading comprehension. Zoi’ even obtained admission into the National Society of High School Scholars!

This amazing Time4Learning senior has been accepted to Georgia Southern University, with a scholarship that covers most of her education! She will be majoring in Civil Engineering. Time4Learning is honored to have been part of Zoi’s educational journey, and we know that Zoi’ will flourish in college just as magnificently as she has in homeschooling.

Leave a Reply to Adriene and Jasper Jr Cancel reply

Hi Leslie! We look forward to serving your family. Thanks for stopping by our blog, and please let us know if we can answer any questions for you or help you get started! 🙂

This is so inspirational and beautiful, Go Zoi’!

Thank you for stopping by, Priscilla! 🙂

CONGRATULATIONS ZOI!!! Your story is truly an inspiration to me and my son!!

Thank you for stopping by and commenting! 🙂

Congratulations to Zoi’ and her mom! Blessings on your future

Thanks so much for stopping by, Diane! 🙂

Congratulations, Zoi’! We are so proud of you!

Thank you so much for stopping by and leaving a comment for Zoi’! 🙂

That is so amazing.

Thanks so much for stopping by, Cynthia!

Thanks for stopping by! 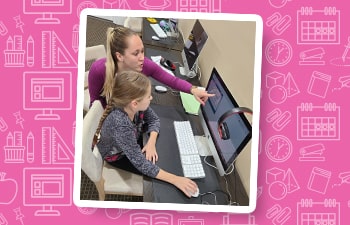 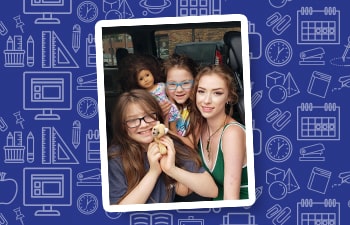 Flexibility is Homeschooling’s Greatest Benefit for This Family